However, in the last decades another form of patent on biological compounds has emerged, where the invention does not reside in the purification or isolation of the compound, but in determining the new function of the already known compound. 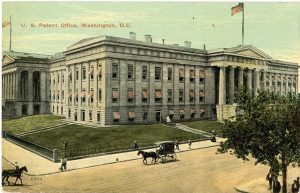 Using patent protection for a dietary supplement focuses on maintaining a person’s health. The elements of dosage, timing, and formulation of the composition may be included, to narrow the patent claims to exactly what the innovator will be manufacturing. However, unlike pharmaceutical drugs, the FDA will not allow the label of a dietary supplement to state that the product can be used for diagnosis, cure, mitigation, treatment, or prevention of a condition or disorder.

For health claims to be acceptable to the FDA, the innovator must prove—with supporting scientific evidence—that the dietary supplement is intended to affect some structure or function of the human body. Acceptable structure/function claims include the following:

1_ a statement that claims a benefit related to a classical nutrient deficiency disease and that discloses the prevalence of such disease in the United States;

3_ a statement that describes the general well-being taht comes from consumption of a nutrient or dietary ingredient.